Stay with us, O God, this night, so that by your strength we may rise with the new day to rejoice in the resurrection of your Son, Jesus Christ our Saviour. Amen.

With the words of Psalm 139 ringing in our ears, the reality that wherever we are,
God is with us, takes us to our beds and sleep.
May we rise to a new day of blessing given and received. Amen.

Keep watch, dear Lord, with those who wake, or watch, or weep this night,
and give your angels charge over those who sleep.
Tend the sick, give rest to the weary, sustain the dying,
calm the suffering, and pity the distressed; all for your love's sake, O Christ our Redeemer. Amen.


The image is a depiction of the Archangel Michael ('he who is as God')
Posted by Vic Van Den Bergh at 22:30 No comments:

Bringing the day to a close, we put our lives and our trust in the hands of the Godhead, Father, Son and Holy Spirit, confident in the steadfast love and certain hope we find there.

As we come to the close of the day, we reflect on what has been; we call to mind the word of God as we have heard it today, and ask that it might dwell richly within us.


The image is that of Henry Martyn
Posted by Vic Van Den Bergh at 05:53 No comments:

Today the Chjurch celebrates the life and ministry of Henry Martyn

Born in Truro in 1781, Henry Martyn went up to Cambridge at the age of sixteen. He became an avowed evangelical and his friendship with Charles Simeon led to his interest in missionary work.

In 1805, he left for Calcutta as a chaplain to the East India Company. The expectation was that he would minister to the British expatriate community, not to the indigenous peoples; in fact, there was a constant fear of insurrection and even the recitation of Magnificat at Evensong was forbidden, lest ‘putting down the mighty from their seat’ should incite the natives.

Henry set about learning the local languages and then supervised the translation of the New Testament first into Hindustani and then into Persian and Arabic, as well as preaching and teaching in mission schools.

He went to Persia to continue the work but, suffering from tuberculosis, he died in Armenia on this day in 1812. 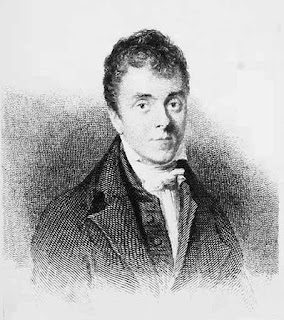 Be present, O merciful God, and protect us through the silent hours of this night,
so that we who are wearied by the changes and chances of this fleeting world,
may rest upon your eternal changelessness; through Jesus Christ our Lord. Amen.
The image is that of Luke the Evangelist

Luke was a dear friend of the apostle Paul, and is mentioned by him three times in his Letters.

Paul describes him as ‘the beloved physician’ and, in his second Letter to Timothy, as his only companion in prison.

He is believed to be the author of two books of the New Testament, firstly the gospel which stands in his name and also the Acts of the Apostles.

Luke’s narrative of the life of Christ has a pictorial quality and shows the sequential pattern from the nativity through to the death and resurrection. The developed sense of theology that comes over in Paul’s writings is virtually unknown in those of Luke but, as a Gentile, Luke makes clear that the good news of salvation is for all, regardless of gender, social position or nationality. 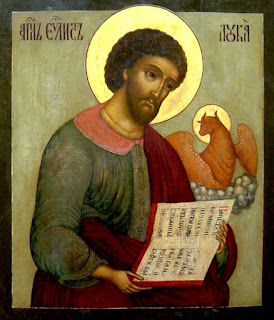