Today (25 Jan) the Church celebrates the conversion of Paul

The conversion of the anti-Christian zealot, Saul, to the apostle of Christ, Paul, is clearly related in the reading from the Acts of the Apostles, but it has to be remembered that this was a beginning:

Saul took some time to become Paul and some time to begin to understand that his call to preach – to Jew and to Gentile – the saving power of Jesus, the Son of God, was something that was a whole life’s journey for him.

Paul says in his Letter to the Church in Galatia, ‘God set me apart before I was born and called me through his grace … Three years after (the Damascus Road conversion), I went up to Jerusalem.’

The preparation for this moment of his conversion was his whole life. This feast has been celebrated in the Church since the sixth century but became universal in the twelfth century. 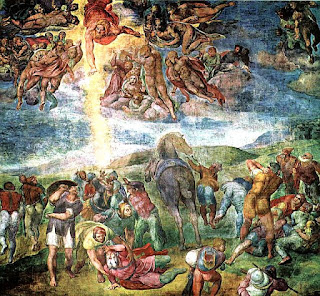 Email ThisBlogThis!Share to TwitterShare to FacebookShare to Pinterest
Labels: Last Day of the Week of Prayer for Christian Unity, The Conversion of Paul, Tuesday 25 January 2022