Understanding AV - The First shall be Last and the last . . . 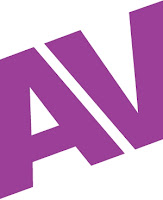 Tomorrow we get to vote on how we vote and ignoring the 'handbags at dawn' duel between Huhne and Cameron and ridiculous radio adverts, "I'm intelligent, I can work it out for myself!" I thought the issue needed the clarification that only a Vicar can bring (so best give up now).

The existing system
Apparently no one ever gets the person they voted for and the whole of our electoral system is controlled by candidates in marginal seats, for they hold the balance of power (not the voters). The existing system is wrong because it means people can stay elected for ever even when the majority of the people haven't voted for them. Taking this on board, it is obvious that we need a new system so that everyone who votes sees the person they voted for get elected - this is democracy! Government will be made up of people that everyone have voted for, or at least almost everyone, and so there will be no reason for complaints anymore.

AV
Before too many of you traditionalists get excited, this stands for 'Alternative Voting' not the 'Authorised Version' (sorry if you thought it would mean a fairly elected government and a return to the 1662 BCP).

In the current present system, in a constituency where there are four candidates, when the votes are counted, the result is: Harriet - 34%, Kofi - 30%, Anjit - 19%, and Tom - 17%, the winner is of course Harriet, because she is 'first past the post' (she has the most votes). But this is wrong because Harriet only has 34% of the vote, which means that 66% of the voting public didn't vote for her, so she's not really the people's choice at all, in fact she's been elected by the minority!

To overcome this, we need a system where the person elected gets more than half of the votes so that they are truly representing all the people. To make this happen we ask the voter to not just vote, but score each of the candidates in order of preference.

Now, although Harriet would have won using the old 'unfair' system, now because she hasn't got 51% we drop Tom and look at the preferences of the people who voted for him., assign the votes to their second choice.

When this is done, we find that we have Harriet - 36%, Anjit - 33% and Kofi - 31% and so, we now drop Kofi and take the second choice of those who put him first. This makes the result: Anjit - 53% and Harriet 47% and so Anjit wins because the majority have voted for her!

Simple , isn't it? The person who would, under the old system, have won hasn't and the person who who wouldn't have, wins because this is how democracy works (and it'll be nice to have a BNP member of parliament, won't it?)! It's also Biblical because it does say the first shall be last and the last first and with this system, this can happen!

Now, this is obviously isn't as quick as the 'first past the post' system and although the Australians are using it, they are discussing dropping it because it isn't all that they hoped. Still, when people vote tactically (i.e. put Labour or Conservative last) using AV we will have many more Greens, Lib Dems, BNP, 'No to the trunk road' and other minority groups siting in the House of Commons and will mean hung, no sorry 'balanced' (but impotent and hamstrung) governments, but it might mean Clegg might get a go as Prime Minister!

And for those who will ask why the BNP are urging a 'no vote to AV, it's because they want proportional representation (as do the other minority partis like Lib dem really) because it will mean they get even more members of parliament. The reality is that AV will still benefit them, but not as much and the hope a defeat for AV will bring back the discussion with a PR bias next time.

So, make you're own mind up about AV, but I think we'd be better served if we could get the electorate to be the electorate myself. Problem is that I don't like the Aussie mandatory voting much either.

I'm not particularly enamoured with AV personally but I'm afraid either you haven't understood or are being wilfully incorrect.

1. "The BNP will get in"
Under AV any candidate needs over 50% of the voters to back them. Do you really think 50% of any seat? Really? I would say it's more likely that the BNP could get 35% of the vote to win under FPTP...

2. "The person that wins doesn't necessarily get the most 1st preferences."
Exactly. That's the point. If there would be no change to the result why would anyone want to implement the change.

3. "The loser will win"
Again, only if you define winner as 'most 1st choices'.

Maybe you think that the result is unfair to have the Con candidate win even though he only got a small share of the original vote? I suppose that is a reasonable point, but surely AV represents the opinion of the people better?


4. "Hung parliaments and coalitions are weak"
I guess the current largest cuts in memory, massive NHS reform etc are a sign of an impotent government?

5. "Nick Clegg might be prime minister"
Only is his party is the largest in parliament in a coalition. Which seems fair enough because under that situation with FPTP he'd just be in charge with a majority of MPs... of course you're ignoring the fact that the Lib dems aren't going to suddenly become the biggest party.

6. "The last shall be first"
Actually the last will be knocked out first...

FPTP was designed with a two-party system in mind. Great for the Labour/Tory heyday of the 50s and 60s - not so for today. With FPTP anyone with preferences outside these two parties usually have to second-guess what everyone else will do in order to express their preferred likely outcome. And I for one am tired of being told by the big parties that my vote for one of the others is "a wasted vote".

What you have demonstrated is that when it comes down to the two-horse race in the last round of AV, then Anjit gets in because more people are content to have her represent them rather than Harriet. Seems pretty democratic to me.

I note that none of the main parties use FPTP for their own leadership elections. I wonder why not?

Now that you have, in my eyes anyway, effectively dismantled both the systems currently on offer, what please, can you offer as an alternative?
And before you do so, don't say proportional representation.
Is there anything else which might work with even a modicum of democracy?

1. I didn't, but have heard of a BNP type (they aren't called it where they are) winning through thanks to some bias and strategy. Under FPTP they (hopefully) don't have a chance.

2. So it's a bloody stupid artificial system then, isn't it? Is the reason for wanting a new system fairness or a desire to change the result (which is why Lib Dems are perhaps so in favour of it?).

3. By definition, at the moment, the person with the most votes is the winner and so I have to assume I am.

I don't really have a view from this from a party political viewpoint, I am merely interested in the way that the 'yes to AV' man explained it (and he thought he was promoting it. Duh!!).

4. Hung Parliaments are weak, even when one decided to rename it 'balanced'. The coalition we have is one of the best examples of such, sadly this is the exception rather than the rule as I understand it.

5. Correct, only if he has the most seats and the best way of ensuring that is AV (or better still PR).

The real issue is getting people to vote, not skewing the vote artificially or having some prune preaching (as the advert today did) about the nation being run by the minority!

Still, thanks for the comments - I'm happy to dialogue where I can and I find this a rather vexing issue in that I see it about getting people to vote, not skewing the vote (hope that makes sense!).

"AV is a fair system because everyone has to vote for all the candidates (albeit with preferences) and so everyone will have voted for the winner!"

Wow! I expect the Golgafrinchams to arrive any day now and collects us :)

I think the issue that we are not addressing is having believable and credible politicians and having an electorate that is engaged and voting.

I would rather see us addressing these before we tinker with the mechanisms.

Also, as I understand it, the Aussies have found AV to be a flawed system (just starting to read why - late as ever) and that (like us looking to cripple NHS as the US seek to embrace it) is concern-making.

Sorry to have demolished all - I'm in the same boat so we'd better start paddling!

I am suprised to say that I agree with your assessment. Firstly because I hadn't given it much thought and secondly because I thought it was all about being fair. I think the real issues are credible politicians and effective politics and getting people to vote (I favour the idea of making voting compulsory, something I had not realised happened in Australia until now).

Engage the electorate by letting them vote for who they like, not just trying to stop x getting in.

Armando Iannucci is an interesting read - going to try the other one, but think I might not live long enough. . . .here goes.

No, managed to find time now!

All food for thought.

My fear is that should the vote go against AV, that many will see it as a 'No' to Clegg, and that would be a great shame - it shouldn't be made person issue.

Thanks for comments - wanted to dialogue, and have started that (perhaps a little too late though),