Though the world is in turmoil and pain and weeping are found in so many places,
we go to our bed trusting in the Goodness of God and his loving care for His creation. Amen.

In the stillness of the night may we hear Your voice and respond with the words,
“Speak, for your servant is listening.”
May we listen more and learn to be Your people. Amen.

Today (21 May) the Church celebrates the life and work of Helena.

The Empress Helena came to power in the Roman Empire when her son Constantine became Emperor, in the year 306.

Although she had previously been abandoned by her husband, her son raised her to a position of great honour.

As Helena was a Christian she gave her support to their cause and, in the year 326, she made a pilgrimage to the Holy Land. There she provided the wherewithal to found the building of a basilica on the Mount of Olives and another at Bethlehem.

According to fourth-century historians, she discovered the cross on which Christ was crucified. In the Eastern Church, she is commemorated on this day, together with her son Constantine. 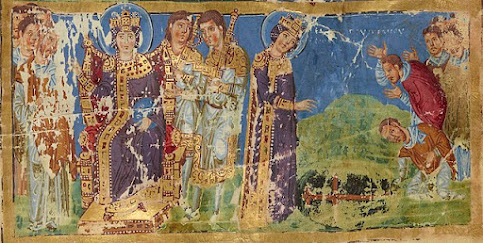 Email ThisBlogThis!Share to TwitterShare to FacebookShare to Pinterest
Labels: Helena - Protector of the Holy Places - 330, Saturday 21 May 2022

The burdens of the day laid to rest we take ourselves to our beds,
but not before we have prayed for people and places and their needs.
Lord, in Your mercy - hear our prayers. Amen.
Posted by Vic Van Den Bergh at 22:31 No comments:

Today (19 May) the Church celebrates the life and ministry of Dunstan.

Dunstan was born near Glastonbury around 910 into a noble family. He received a good education and spent time at the court of the King of Wessex.
A saintly uncle urged him to enter the monastic life; he delayed, but followed the advice in time, on recovering from an illness.
Returning to Glastonbury, Dunstan lived as a monk, devoting his work time to creative pursuits: illuminating, music, and metalwork.
In 943 the new king made him abbot, and this launched a great revival of monastic life in England. Starting with Glastonbury, Dunstan restored discipline to several monasteries and promoted study and teaching.
Under two later kings, he rose to political and ecclesiastical eminence, being chief minister and Archbishop of Canterbury under King Edgar. This enabled him and his followers to extend his reforms to the whole English Church.
In 970 he fell from political favour but continued as archbishop, preaching and teaching.
He died in 988. 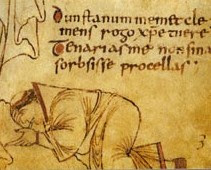 Email ThisBlogThis!Share to TwitterShare to FacebookShare to Pinterest
Labels: 988, Dunstan - Archbishop of Canterbury, Restorer of Monastic Life, Thursday 19 May 2022

Lord God, author of all and creator of all that is good,
as we go to our beds may we reflect on your grace, love and mercy
and heading for our beds, resolve to serve, love and bless all we meet in the new day. Amen.

Day ends - night falls, and all is laid to rest. Lord this night, grant us a quiet night (and should we not wake) a perfect end. Amen.

Caroline Jones was born in 1808. On her marriage to Archibald Chisholm, she took her husband’s Roman Catholic faith. They emigrated to Madras in 1831 where she set up a school for soldiers’ daughters. In 1838, the family moved to Australia and, almost immediately, Caroline began to work for the vulnerable immigrants arriving at Sydney.
She was especially concerned for the women, who were often lured and bullied into brothels.

She set up a free Registry Office to help them obtain legitimate work and a shelter and she campaigned for improved conditions.

She returned to Britain in 1846 to press for emigration reform and founded the Family Colonisation Loan Society.

Her Christian ministry and action led to the ending of what had virtually been the institutionalisation of the abuse of poor women. 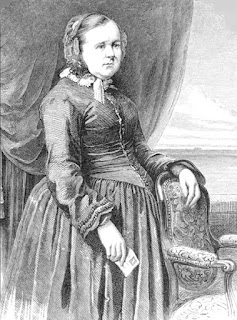