When doing less is more

I have recently been faced with the opportunity to take on more and to enable me to do it I have begun to do less (something I have found rather tough as I have generally enjoyed so many opportunities over the years) and I'm finding it rather invigorating!

Earlier on in the wonderful world of ministry I assumed that if we built it then they (meaning the members) would come and this would attract others (meaning non-members) to come as a result. Of course the reality was that if you build it, they will watch (and then suggest other things you could be doing too)!

The saddest thing was that those who had the suggestions were only trying to be helpful rather than actually trying to get stuck in and physically help!

Sadder still are the 'Billy and Johnny*' types who have many suggestions (although they often sound like demands and criticism) regarding everything that they didn't like and what they didn't want (and blow me down, there is always so much of that) and (sadly) never manage to move any further - meaning they never get stuck in or do anything of merit, they just criticise and generally act as a damp squib (or as one church member put it once - they were the sort of people who could brighten up any party by leaving).

So I have some experience of the pressures and pitfalls of ministry and yet I still have amassed a few areas of engagement which have conspired to add up to too many. So I'm praying hard and looking to see what I can put aside so that I can do more of the less that is left. Doubtless some of it will be sadly given up, for I love pretty much everything I am engaged in, but there's a time to pick up and a time to put down and I have definitely arrived at the latter.

So here's a little plea for prayer and wisdom (for me) as I discern directions and make decisions. 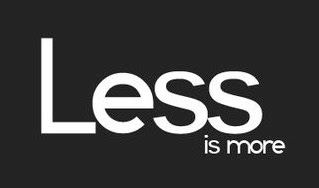 Email ThisBlogThis!Share to TwitterShare to FacebookShare to Pinterest
Labels: a time to pick up, a time to put down, Billy, discernment, doing less is more, hale and pace, Johnny, prayer, quality not quantity, walking the talk, way forward

With the job you're moving into you will need to give up almost everything outside of the parish to see it work. But you are the right man at the right time and place.

I know - the move to Lambeth's going to be a challenge :-)

You’re blessed when you stay on course, walking steadily on the road revealed by God.

You’re blessed when you follow his directions, doing your best to find him.

That’s right—you don’t go off on your own;
you walk straight along the road he set.

You, God, prescribed the right way to live; now you expect us to live it.
Oh, that my steps might be steady, keeping to the course you set; then I’d never have any regrets in comparing my life with your counsel

I thank you for speaking straight from your heart; I learn the pattern of your righteous ways. I’m going to do what you tell me to do; don’t ever walk off and leave me.

Thought I should add this to the previous post. You will put aside much and yet see your hand succeed for the sheep have long been without a shepherd.